I am currently blogging at Journey of 1001 Steps. I may be (attempting to) consolidate that site into this one. It’s a thought anyway. Perhaps an overly ambitious one. I’m not sure what possessed me to have more than one blog. 😄

The card I drew today was Bee Goddess!

The Bee Goddess really got me buzzing!

In mysticism bees are regarded as spirit messengers. ‘Talking to the bees’ was a way to relay messages to loved ones who passed over.

In yogic doctrine, where each chakra emits a different sound, the Muladhara (root chakra) emits a hum likened in yogic literature to the hum of a bumblebee.

Throughout the Mediterranean, the appearance of bees marked the divine feminine energy of the spring season and its qualities of rebirth, renewal and fertility.

Ephesan coins from the 5th century BCE depict a queen bee as the Great Mother, connected to womb healing and divine sexuality.

In ancient texts the Bee Goddess represents the spirit becoming intoxicated with the pollen of knowledge.

So what is the relationship between bee and dabar? The Hebrew word for honey symbolizes your thoughts flowing out through your lips in the words that you speak and the way you communicate. Do your words reflect your intentions? Are you communicating authentically and effectively?

In Shamanism, the world’s oldest healing tradition, bees inhabited the sacred grove, the enchanted forest and the timeless realm between the living and the dead. Honey was considered a taste of wisdom from the other world. Bee Shamanism is said to awaken the Sacred Feminine.

Bees were familiars of the Goddess and referred as the “Birds of the Muses.”

Bee Shamanism has its roots with the Melissae — Bee Priestesses in Asia Minor, Greece, and Rome. Melissai (or Melissae) are Greek and Latin words for bees. The Melissai prophesied through oracular trances. The Greek word for this state of altered consciousness is enthusiasmos, meaning within is a god, the root of the word enthusiasm.

The knowledge of the Bee Goddess and Bee Prophetess is considered to be stern (like a sting) and enlightening by opening your mind to Truth and Clarity you could not see or face before.

Breath, fog and raindrops
Seeping into my soul
My eyes turned upwards
Toward the promise of the clouds
While my feet
Are drenched in mud puddles
Sending shivers deep
Into my bones

Using the word Room as my inspiration for OLN at dVerse, our host Grace at Every Day Amazin and our previous host Laura at Poetry Pix.

early morning sunlight
piercing my darkness
with a brazen grin

©️ 2020 MW 🙏 Unleashing some of my chaiku languishing in draft mode. Chaiku need not shelter in place.

silently the night creeps in,
tiptoeing past smashed pottery,
why do all my idols have clay feet?

This little poem is literally something I dreamed up. I usually read Oracle or Angel cards, not runes, yet I dreamed about runes and remembered the words to this poem when I woke up. “Take now what the future holds?” Food for thought!

Recalling my many encounters with the grim reaper. Cheers to dVerse and Whimsygizmo. We are writing quadrilles using the word “nick” — meaning steal, timeliness (nick of time) or small cut.

Today I make peace
With the Present
And arise from the frigid waters
Frozen fingers weaving
A new beginning
From all the frayed ends.

The bridges you’ve burned smolder behind me
Staining the innocence of a bright new day
Through the thick, dark smoke of brokenness
I see the outline of new bridges [to jump from, cross over or burn to ashes]
Shimmering and swaying in the distance,
Whispering promises that make a mockery of my fears
Looking over my shoulder one last time
I see the bridge where you faltered
Refusing to cross over onto solid ground with me
Within the blink of an eye it vanishes
A mere specter in the realm of what could have been
Before you succumbed to your predilection
For gasoline and matches

Cheers to OLN at dVerse and our gracious host, Grace.

Cheers to Open Link Night at dVerse and our gracious host, Grace.

Kundalini is divine feminine energy in the form of a coiled snake that lies dormant at the base of the spine. A Kundalini Awakening is an intensely powerful spiritual experience through altered and expanded states of consciousness that uncoils the snake and pulls the energy up through the chakras to the crown. Kundalini energy is the source of our creative power and spiritual gifts.

In Kabbalah, the serpent represents our ego-self. Ego-self blocks our connection to Source.

For D’verse and host Lillian, using “shades” as our inspiration.

©️ 2017 Mother Wintermoon ❣️
Cheers to OLN at dVerse and our host, BodhiRose (Gayle). Inspired by the Underground prompt hosted by PaulScribbles.

Into this hallowed chamber,
harshness enters,
bruising my knees,
weighing down my outstretched arms.

Icicles of despair linger,
suspended in frozen air,
taunting voices whisper,
mocking my faith,
drowning out the chorus of prayers.

The face of your image looms,
burned into my naked flesh,
i arise! in defiance of,
this sham salvation.

The angels shiver,
trembling against fragile glass,
shattering the panes,
into bright pieces
of sharpened resolve.

Cheers to dVerse and Bjorn. Our prompt is to work the shadows of light and dark. 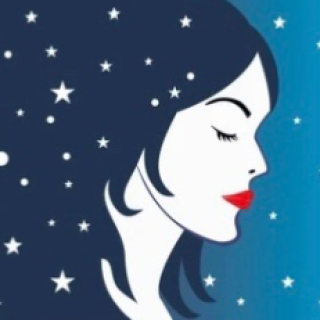